Detroit’s coach is furious after the 0-13 debacle

Detroit Tigers coach A.J. Hinch does not like the team’s current appearance.

In an interview with local media such as “Detroit Free Press” after losing the home game against the Chicago White Sox 0-13, Hinch strongly reprimanded the team, saying, “We should take responsibility for the performance we showed.”

Detroit lost in vain, beating 22 hits while the batters drew only four hits. He was swept in the series due to his defeat on the same day and remained 24 wins and 38 losses. Thanks to the Kansas City Royals, he avoided the lowest place in the world, but his winning rate remains at 0.387.

Three fielders, including infielder Cody Clemens, the son of Roger Cremens, who was born in the 7th Cy Young Award, took the mound and threw the ball. To that extent, the defeat was disastrous. According to local media, the Tigers had a team meeting after the game. These are the images that are shown when the game is not going well.

Hinch said, “It’s not acceptable,” expressing strong dissatisfaction with the current team. “We are a better team than this. “They are not meeting our expectations,” he said.

Detroit has shown its willingness to compete by recruiting shortstop Javier Baez (six years, $140 million) and left-hander Eduardo Rodriguez (five years, $77 million), but he has not met the expectations. Hinch’s anger may seem natural. 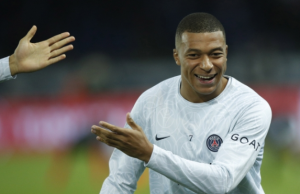