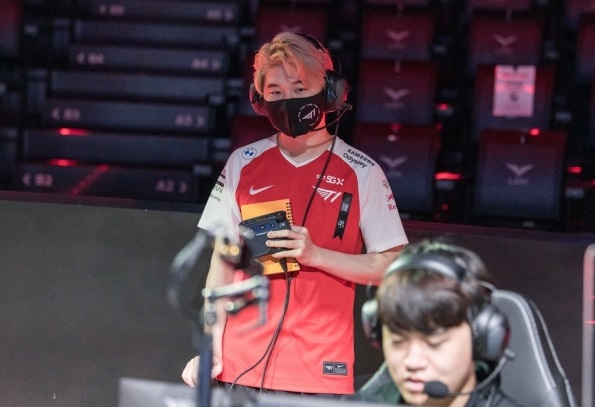 T1 came from behind to beat Zenzi 3-1 in the second round of the 2021 LoL Champions Korea (LCK) summer season playoffs held at LCK Arena in Jongno-gu, Seoul at 5 p.m. on the 22nd. The T1 team advanced to the final match to be held on the 28th with the victory. The final opponent is Damwon Kia, who beat Nongshim Red Force on the 21st.

T1 advanced to the finals in three seasons since the 2020 spring season, when the team won its ninth championship. He also confirmed his advance to the 2021 LoL World Championship. Coach Kim, who met with Kookmin Ilbo after the game, said, “I am happy to make all the ups and downs into a happening.” Next is a one-on-one answer with Coach Kim.

– He made it back to the finals in three seasons.
It was a season full of ups and downs. His predecessors, director Yang Dae-in and coach Lee Jae-min, were largely attributed. I learned a lot from Nana and acting director Son Seok-hee. The players worked hard even in difficult situations and were able to perform well.
He lost the last game of the regular league and finished fourth. After the game, he told the players, “Today is a day of being possessed. In the end, if we make it to the finals, everything will be a happening today,’ he once said. As he said, I’m so happy to turn all the ups and downs into a happening.”

– What was the loser of Hanwha Life eSports, the last game in the regular league?
“I was so bad at Banpick that day. I think so from the bottom of my heart. I think I was not cool-headed because my grades were so good before then. As a result, the defeat of Hanwha Life Insurance was an opportunity to push myself.
As a result, we finished fourth in the regular league and the game was assigned on the 19th, not the 18th. One more day of practice was also a boon as a result. On the evening of the 18th, I realized a lot of things at the scrimmage, so I made many changes to the Banpick. If I had prepared for two days and played the game, my anxiety wouldn’t have been relieved. Haha.”

– Today’s first set was completely defeated. What kind of feedback did you give to the players?
“We minimized feedback on the contents of the game and talked about things that could help the players stay mentally strong. Our belief in champion tier theorem or Van Pick strategy could have faltered. However, we believed in the data that we had accumulated and pushed ahead with it. That led to good results.”

– Being ahead of the opponent in the second half of the operation led to victory.
“The players have confidence in second-half management. They usually say, “We can make more sophisticated judgments than the other person in the second half.” Especially after the baron buff was stolen from the Liv Sandbox match, the players do not want to leave a 1 percent, or 0.5 percent chance of reversal. In the backdoor situation of the third set today, the jinx returned without targeting the opponent Nexus. It’s an example of a safer, safer game.”

– Did you expect Genji to bring out the Yaysuo-Diana combination in the fourth set?
After seeing that Genji took Camille to one pick, he expected to form a rush combination. Yaiana often appeared during the practice process. Several teams used it. These days, none of the top LCK teams are focused only on operation. I was able to deal with it without embarrassment because I had prepared a variety of picks to deal with Yaiana 파워볼사이트

– He will face Damwon Kia in the final.
“Damwon Kia made a brief slip in the middle of the season, but I think they are really good at it. I could see his performance getting better after former coach Yang Dae-in joined. As the opponent is a strong team, it is unlikely to be an easy match. But I’m confident of winning. I think our T1 is the best team to hit.”

– For the first time in his life, he will be on the LOL World Cup stage.
“It was because I was so lucky that I joined T1, who was not an LCK player with no connections or ‘back’. I think going to the LOL Cup is not because I’m good, but because there are many good people around me. I am so grateful to the players. It’s the players who sent me to the LOL Cup. I am also grateful to the acting director Son, who is suffering in many ways. I want you to put this story in the article. 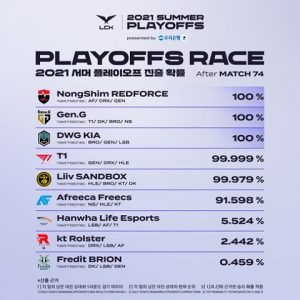