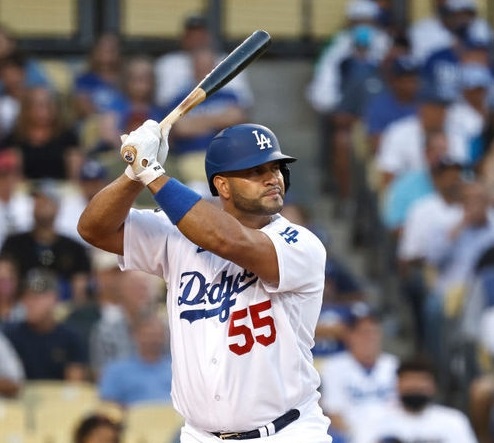 The Dodgers decorated their home game against the 2021 Major League Angels at Dodger Stadium in Los Angeles, California on the 9th (Korea time). Pujols hit a two-run home run against the Angels.

Dodgers, which had won consecutive games after losing their first game in three consecutive games, succeeded in the Winning Series. With 67 wins and 45 losses in the season, the Dodgers solidified their first place in the National League wildcard. The Angels, who lost twice in a row, have 56 wins and 56 losses, a 50 percent winning rate again.

The Dodgers got on the mood from the first attack in the first inning. The Dodgers, which pre-empted the game against Angels starter Reid Dietmouth with a left double from Tray Turner and Max Muncy’s heavy timely hit, scored an extra point with a right double from A.J. Pollack and Justin Turner’s shortstop grounder.

He added three runs in the second inning. Pujols, who came out as a pinch hitter following Pollack’s timely hit to the left, hit a two-run home run. He hit Dietmouth’s fourth four-seam fastball in the three-ball to cross the fence. It is a meaningful shot for Pujols, who moved to the Dodgers after being released from the Angels in May. It was his ninth home run of the season and his 676th career.

Dodgers starter Walker Bueller also pitched back in six innings with four hits, four walks, eight strikeouts, and one run in quality. He recorded his 12th win (two losses) in the season, lowering his ERA from 2.16 to 2.13. He is the leading player in the Cy Young Racing, ranking second in the National League and No. 1 in ERA.

In the eighth inning, the Angels’ Otani Shohei was pinch-hit at second and third bases with two outs and hit first base with a walk after a full count match with Dodgers rookie Justin Brueil. He holds a .269 batting average for the season. Otani went into right field defense in the eighth inning after finishing the blow.