It’s the nutritional and efficacy of blueberries.

Low in calories, high in fiber.

This 100g berry has a calorific value of 57kcal, and fiber contains 10% of the recommended daily intake. The glucose load index is 4, which has a very low impact on blood sugar.

It contains a lot of vitamins.

It also contains a lot of minerals.

100 grams of iron and potassium each contain 2% of the recommended daily intake, 3% of copper and 17% of manganese. In addition, calcium, magnesium, phosphorus and zinc each contain 1%.

It is rich in antioxidants.

It contains various antioxidants such as anthocyanin, a powerful antioxidant. Vitamin C, vitamin E, vitamin A, and zinc manganese copper also act as antioxidants. The antioxidant component is a very important component that produces mutant cells in our bodies and responds to active oxygen that causes aging and disease.

It has anti-aging effects.

But this process is not just about us, but everything that’s alive, and there’s plants in it. Plants have certain ingredients to prevent damage to their cells, which are antioxidants.

Antibiotics are our best friends to keep our limited time. Antioxide has the effect of recovering cells damaged by toxicity and active oxygen and protecting our bodies from dangerous pathogens. The berries are rich in anthocyanin, a type of flavonoid, as well as proanthocyanin, which is effective against aging. Many studies have shown that proantocyanin has an effect on relieving inflammation. This is a very important effect. Because inflammation is the cause of most of the diseases we know, as well as chronic diseases such as heart disease, diabetes, and cancer.

The abundant galactic acid is an antioxidant and is known to have a ‘neural protection’ effect. Many studies show that antioxidants protect brain cells and improve brain function. Other brain-rich foods include blackberries, cashew nuts, hazelnuts, mangoes, plums, strawberries, green tea, and red wine.

Many studies show that the berries are effective in slowing cognitive decline and improving memory and motor functions. Researchers say this is due to antioxidants that protect our bodies from oxidative stress and reduce inflammation. If you eat a lot of foods that are rich in antioxidants, the risk of aging brain diseases such as Alzheimer’s and dementia is also lowered.

It has the effect of lowering blood pressure.

Studies show that berryae is effective in relieving high blood pressure, one of the main risks that puts many people in serious condition.

It has the effect of stabilizing cholesterol.

Oxidation stress is not just a cell problem. It also causes problems in the oxidation process of low-density lipoproteins (LDL). Low-density lipoproteins carry cholesterol from the liver to other parts of the body, where too much LDL cholesterol in the blood builds up in the blood vessels, which prevents blood flow. It leads to cardiovascular diseases such as high blood pressure and myocardial infarction.

Active oxygen damages cells in our bodies to form mutated cells, and malignant tumors are one of those cells. The effects of this berry on cancer are mainly due to anthocyanin and galactic acid, which Les Veratrol is also known to have. Many clinical studies show that unlike radiation and chemotherapy, foods rich in galactic acid like blueberries can kill cancer cells without affecting healthy cells. That doesn’t mean blueberries are a special medicine for cancer. Eating a lot of foods that are usually rich in antioxidants will reduce the risk of developing cancer.

It is rich in dietary fiber, so you can control the digestive tract by eating two handfuls a day. Furthermore, this berry has a prebiotic component, which helps make good bacteria in the colon and improves digestion to improve health. Digestion is one of the most important factors in health. No matter how many healthy foods you eat, if you don’t digest well, it will be more harmful than good 비아그라파는곳

The berries are said to be one of the foods that is good for weight loss due to their low calories, low glycemic index, and high dietary fiber. Foods with a lower glycemic index are absorbed more slowly, so they stay longer in the digestive tract, which results in longer satiety, reducing the desire to eat other foods.

Skin care products made from blueberry extracts are widely used around the world wide. It means that rich vitamins and minerals control hormone balance properly and show effectiveness in acne. Also, it contains a substance called resveratrol, which relieves skin damage from excessive sun exposure.

There are also various effects. The antioxidant component may improve vision decline due to aging in response to the aging of cells caused by active oxygen, and the effect from it will also be enormous as the salt component protects the body from various germs. However, you should remember that blueberries are not a special medicine for any particular disease, but a healthy food that you usually eat for your health. 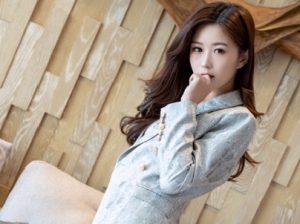 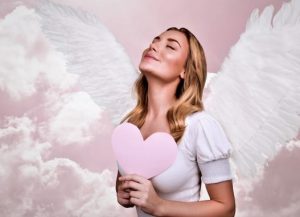