Turns out Yang Ji-eun in a coma sings our song, Miss Trot 2 Final, the meaning of heaven.

It turned out that the composer Yang Ji-eun, who won the first place in the first round of the “Miss Trot 2” final, told the story behind the stage.

On the 25th, the day before, TV Chosun ‘Miss Trot 2’ performed the first round of the final. The first round was a composer’s mission to digest the new songs received from famous Korean composers, and Yang Ji-eun turned out to be on the final stage with a comatose song and won the final first place in the first round.

Yang Ji-eun’s stage received favorable reviews as she was ahead of the real-time text voting. Yang Ji-eun turned out to be impressed by her comatose song “Don’t Cross the River.” In fact, it is interesting to see Yang Ji-eun, who has a strong appeal, and a comatose encounter with her in an exciting song.

It turns out that the coma is due to Duo, a composer who made Young-tak’s “Jjinya,” the best hit song of “Mr. Trot.” In addition, it turns out that Kim Ho-joong’s “Thank You,” “We Are,” Song Ga-in’s “Ga-era” and Jeong Dong-won’s “Let’s Be Good” are hitmakers who have a deep relationship with “Miss Trot” and “Mr. Trot.”

It turned out that he took out the song he had saved at the request of the final song. In “Mr. Trot,” Young-tak’s “Jinya” was a huge hit, so I thought I wanted an addictive and tempo song in the program this time, so I completed a fast song. But when I opened the computer folder, it was a ballad trot song, but there was a song that I really liked. He explained that the song is “Don’t Cross the River” which was inspired by the movie “Nim, Don’t Cross the River” and wrote down in tears.

Later, when Yang Ji-eun heard that she was singing the song, she confessed that she thought it was heaven’s will. He said that he felt like he was destined to be Yang Ji-eun in that he released a hidden song.

Yang Ji-eun was completely eliminated for the first time in the season, but she was urgently accepted due to a vacancy. Yang Ji-eun, who joined the team just one day before the semi-final, finished fifth in the top seven, creating an unexpected story that led to the final. Yang Ji-eun, who won the honor of winning the final first place in the first round of the final round, is now loved as Cinderella of “Miss Trot 2.”

“The singers fixed the song in order, and as soon as I heard that Yang Ji-eun was singing our song, I thought something would go well.” “I also thought, ‘Is it the meaning of heaven?'” said the coma, “Yang Ji-eun miraculously came up, and we sent the hidden song on another song, but it was overwhelming.”

Above all, he said that the atmosphere of the song matched well with Yang Ji-eun’s story. It is already famous that Yang Ji-eun donated her left kidney when her father was sentenced to a time limit after being diagnosed with complications of diabetes in the past. Since the donation, many people’s hearts have been touched by deep-rooted stories, such as a slump in their stomachs due to the aftereffects of surgery.

Turns out, the coma said, “Yang Ji-eun was so happy that the story of ‘Don’t Cross the River’ seemed like a past story of herself and her father that she wanted to sing it from the beginning.” In particular, during the practice and recording, Yang Ji-eun was satisfied that she sang “Don’t Cross the River.” Turns out, the coma said, “This song touched me so much that I got goosebumps during practice and recording.”

In fact, after watching Yang Ji-eun’s “Don’t Cross the River” stage, master Jang Min-ho praised, saying, “I think it’s a perfect song.” Yoon Tae-hwa, who was watching the stage, wiped away tears. As evidenced by this, Yang Ji-eun earned a valuable result of winning the first round of the final.

Turns out, the coma sent a heartfelt message of support to Yang Ji-eun. “If our team’s ‘Jinya’ turned Korea upside down with excitement, I want to make the Republic of Korea cry with ‘Don’t Cross the Ball’ this time,” the coma found out, “I pray that Yang Ji-eun will become a story seller in the trot world through ‘Don’t Cross the River’.” 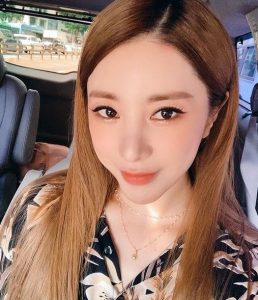 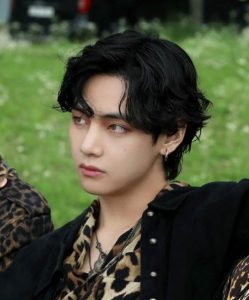