The effects of apples and how to choose good apples.

What is the effect of an apple?

In another study of 50 obese women, an apple or oat cookie was added to their usual diet for 10 weeks. These two contain similar amounts of calories and fiber. However, people who ate apples lost an average of 1kg of weight than those who ate oat cookies, and generally consumed fewer calories. It has the effect of losing weight.

It is said that eating apples regularly can reduce the incidence of various heart diseases. The reason why this fruit is helpful for heart health is because of its soluble fiber. Water-soluble fiber has the effect of lowering blood cholesterol levels.

Also, there is an antioxidant component called polyphenol, especially in the shell. Flavonoids not only prevent heart disease by lowering blood pressure, but also reduce LDL cholesterol levels and help antioxidants. Among these flavonoids are flavonoids, especially epikatechin, which lowers the incidence of stroke by 20%.

3. It is good for preventing diabetes.

According to many studies, regular consumption of apples helps prevent type 2 diabetes. In one study, people who took one daily dose each day had a 28% lower chance of developing type 2 diabetes than those who did not. Also, one or two intake per week showed diabetes prevention effect. More research is needed, but researchers speculate that polyphenols help prevent tissue damage to beta cells in the pancreas. Beta cells produce insulin in the body, and beta cells in people with type 2 diabetes are severely damaged.

It is rich in antioxidants. This ingredient protects the lungs from oxidation damage. A study of 68,000 women found that women who consumed the most apples had the lowest incidence of asthma. Also, if you take 15 percent of large apples a day, you can lower your asthma rate by 10 percent.

In addition, the skin has a flavonoid called quercetin, which strengthens the immune system and reduces inflammation. Therefore, it is good for allergic reactions as well as asthma.

It is closely related to bone density, which indicates fruit intake and bone health. Researchers believe that the antioxidant and anti-inflammatory components of fruits have the effect of strengthening bone density and bone strength. One study compared people who ate fresh apples, peeled apples, apple sauce, and other foods through their diet. As a result, the person who ate fresh apples had the least calcium loss.

Apples help improve constipation in various ways. Above all, apples are a fruit rich in fiber. There are as many as 4 grams of fiber in 100 grams. This fiber helps digestion, strengthens the intestines, and helps bowel movements. Also, apples are fruits that have a lot of moisture. Moisture is also good for constipation. In many cases, constipation can be caused by lack of moisture. 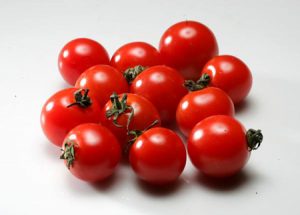