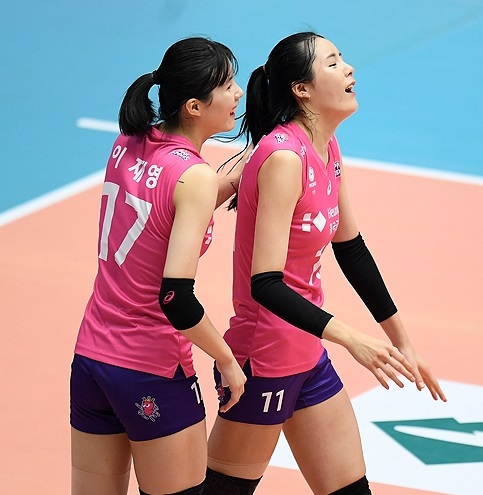 Lee Jae-young’s abandonment of PAOK Lee Da-young will continue to be promoted.

PAOK gave up the contract with Lee Jae-young (25), but the local news is that attempts to bring twin sister Lee Da-young to the 2021-22 Greek women’s volleyball league will not stop for a while.

The Greek newspaper Poston on the 20th said, “PAOK has given up recruiting twins from the best seven Korean V-League due to “uncertain situations.” However, Lee Da-young will ask the International Volleyball Federation (FIVB) for interpretation of voters as they have already agreed.

Lee Jae-young and Lee Da-young are currently FA status as the Pink Spiders of Heungkuk Life Insurance in Incheon gave up their player registration. The Turkish sports agency CAAN said on June 18 that “Lee Da-young and PAOK have completed all personal negotiations,” but the Korea Volleyball Association has refused to issue an international transfer agreement, calling them “a player of social controversy.”

It was Lee Jae-young last February.Young was found to have committed school violence and was disqualified from the national team. Greek media purify and describe their classmates as “a case that they deliberately shunned.”

In the 2021-22 season’s power plan announced by PAOK in “Poston,” Lee Da-young was named one of the two setters on the 11-member list of the first team. “The club is confident in recruiting through the International Volleyball Federation,” said Poston. However, the results should be released by August at the latest.

The Korea Volleyball Association says it will reply with an official letter why Lee Da-young cannot be allowed to play in the Greek league if the FIVB formally inquires. PAOK is also in a situation where we can’t just wait.