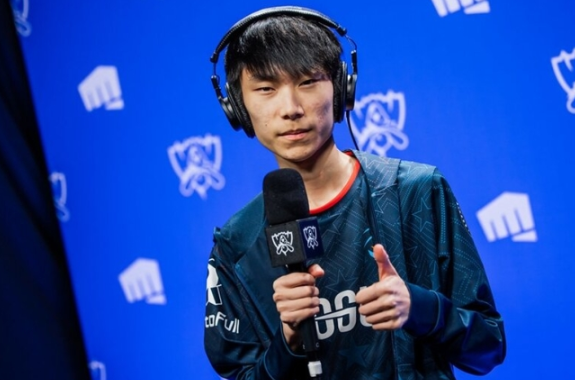 Kim Geun-sung, who advanced to the quarterfinals, said, “We need to find an agreement between Ban Pick…”

“Malang” Kim Geun-sung, who has been reborn as the LEC’s best jungler in LCK Six Men in just one season, expressed his feelings about advancing to the quarterfinals of the 2022 LoL World Championship (hereinafter referred to as the LOL World Cup).”

Rogue, which includes “Malang,” Kim Geun-sung secured a ticket to the quarterfinals by confirming second place in the second round of Group C of the 2022 LOL World Cup Group Stage on the 16th in Korean time. Rogue, who had a smooth start with all the wins in the first round, unfortunately stayed at 1 win and 2 losses in the second round, and even lost the ranking match, having to give up the top spot to DRX.

Kim Geun-sung The following is the full text of the interview with “Malang,” which took place shortly after the end of the ranking match on the 16th.

Q. How do you feel about advancing to the quarterfinals?

I feel good to advance to the quarterfinals, but I thought I should work harder because my second round performance was not good.

Q. What part did you prepare for?

Bot matchups were the most important, but I think the problem is that I made a lot of mistakes and got pushed back. It’s a composition that we have to win, but we’re a little behind. I lacked confidence compared to Scream.

Q. What was the most memorable game in the second round?

All the rounds were disappointing. There were some mistakes in the winning game. It was a bummer overall today.

Q. It is also the only LEC team that advanced to the quarterfinals.

I thought one or two more teams would come to the quarterfinals. That’s too bad. I think I should work harder.

Q. NARS SPICK of ‘Trimby’ before DRX is a hot topic.

I’ve played a few rounds in scrimmage, and I’ve seen them play in solo ranks. I chose it with confidence, but the opponent was too tight, so I think I dried it a lot. I did it well during practice. I remember we probably practiced NARS support from the spring final when Jerry came out. It’s a pick that I prepared a lot.

Q. What was the composition originally drawn by Rogue and “Trimby”?

Q. Did it feel like you were countering Hi Muddinger’s turret?

Perhaps the turret will not be removed with Q (a blow of absorption) until “Kwang-hwi’s Sword” is released. Rather than a counter in that way, it is better to be able to bet W (weakness) on the opponent’s long-distance dealer and to reduce defense with E (fire of soul). I don’t think I take a lot of Q.

All of our teams are greedy for the line game, and they prefer the jungle champion I cover. That was a good fit.

Q. One of the reasons for the difference between LCK-LPL and LEC-LCS performance was the players who cited the details of the line match. Rogue is an evaluation team with a high weight class among them, what do you think?

It seems that Europe and North America do not solve the line game in detail. Assuming that our team goes to LCK, I think we will be in 4th to 5th place. Compared to LCK, the details of the line match are not pushed back much, but it seems to be pushed back. It’s too bad.

Q. In the first week, the LEC teams seemed to have been organizing the tiers well.

Q. In the quarterfinals, he will face the top teams in other groups. Is there a team you want to avoid?

Q. What should be supplemented for the quarterfinals?

Teamwork. And, personally, I thought our Banpick was a bit arrogant. I kept talking because I felt that the balance was not right. I hope we can reach an agreement from that point on.

Q. What does arrogant mean?

Since we are good at the line game, we have a mindset to pick a good pick and press it. I know you’re good at it (laughs), but I want you to balance it out.

Q. Then, who has a strong breath during the van pick?

In our team, the players are a little stronger than the coaches. Then it seems that the banfic sometimes breaks down.

Q. Log has an image of being strong on multiple premises.

We think that we are quick to deal with. So the multiple premise seems to be better for us.

Q. Will the Blue camp be advantageous even in the multi-challenge system in this LOL World Cup?

To be honest, Blue seems to have an advantage. There are so many OP champions that if you do the van, the blue side has no choice but to take one. The OP champion also has a different tier in it, and there is something better, so it is easy for Blue to take such a thing. 토토사이트

Q. Lastly, please tell us your resolution for the quarterfinals.

I will prepare for the quarterfinals harder. Thank you. 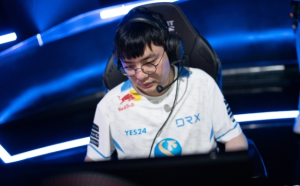 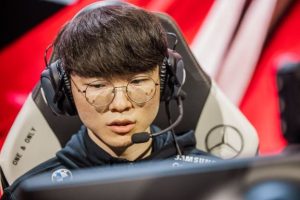 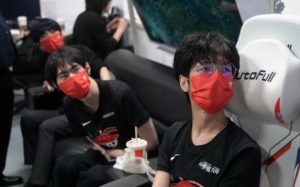