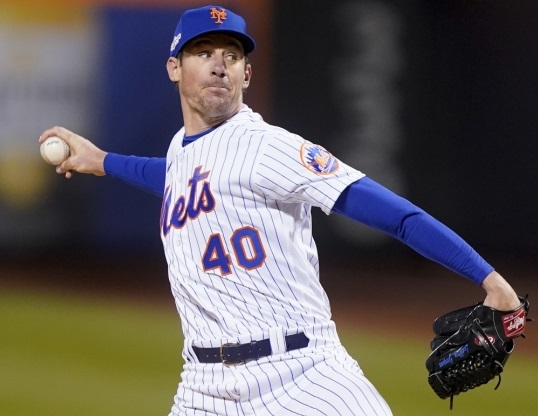 There are several important criteria when the FA chooses a team. Of course, money comes first. After that, there are differences between players, but the winning history, the living environment of the hometown, and who the players will be teammates are the basis for choice.

Without superstars like Aaron Judge and Jacob deGrom, it is not easy to get an offer from a club that satisfies all of this Jacob deGrom.

In this regard, Chris Bassett, who became a member of the Toronto Blue Jays, can be said to be a “lucky boy.” Bassett signed a three-year, $63 million FA contract with Toronto. Considering the age, career, and skills of turning 34 next year, there are many evaluations that Bassett was treated generously.

Bassett is 15-9 with a 3.42 ERA and 167 strikeouts for the New York Mets this year. He pitched 181⅔ innings, the most innings since his major league debut in 2014, and both the multiplier and strikeouts recorded career high. Last year, he posted 12 wins and 4 losses and a 3.15 ERA for the Oakland Athletics, but he is not a pitcher with abundant experience and skills in that he has been a built-in starter since 2019, the year he turned 30. He has a career record of 46 wins and 34 losses and a 3.45 ERA.

The average annual salary of $21 million is second only to Kevin Gausman (22 million dollars) among Toronto pitchers. It is more than Ryu Hyun-jin ($20 million), Jose Verios ($18.7 million), and Yusei Kikuchi ($12 million).

In a video interview conducted by Toronto officials on the 20th (Korea Standard Time), Bassett said, “Toronto didn’t have to argue about whether I could go or not. It was the kind of feeling, “If I’m talking to you, I want to be there.” I really wanted to come to Toronto, he said. “I know the players well and I like the living environment. I love Toronto. And it takes only three and a half hours from my hometown Ohio. He said he would give me more money than I wanted. “I didn’t have anything else to ask for,” he said.

It sounds like Toronto is a “fate” team. There are two decisive reasons why Bassett chose Toronto.

One is because of infielder Matt Chapman, a “best friend” of his teammates. Bassett said, “I was quite pressured to refuse the chance to play with Chapman again.” Chapman spent four seasons with Oakland from 2018 to 2021. In other words, it was hard to think about the contract except for the fact that I would be a colleague with Chapman again.

Another reason is the strong starters. “That’s the biggest reason I’m here,” he said. I wanted to be part of a team that I wanted to be with for long enough to know each other deeply. “We want to do our best to help each other and do something special at the end,” he said. I mean Toronto’s strong starters. Gausman and Berrios are signed until 2026 and 2028, respectively, while young gun Alec Manoa has now completed his first full-time season.

Bassett went on to say, “I’m here to win the World Series. It’s simple. Toronto has great pitching staff, batting line and defense. “I really want to win next year,” he said 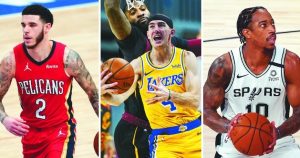 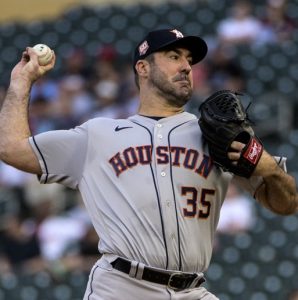